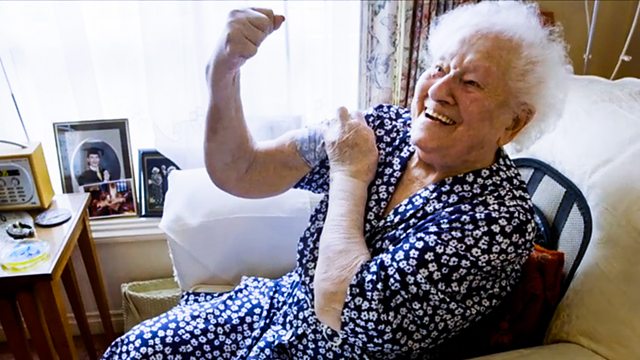 Presented by Joan Bakewell, this Panorama special follows seven people who have reached 100 years or more, looking at how they live their lives.

There are around 14,500 centenarians in the UK, a number predicted to double every ten years. One in every three babies born now is likely to live to be at least 100. Presented by Joan Bakewell, this Panorama Special follows seven people who have reached 100 years or more.

Many are still alert and active, like 105-year-old Diana Gould, who exercises every day. Actor Earl Cameron's last part was at 97 in Inception with Leonardo DiCaprio. He is ready if his agent calls. Others are acutely lonely, like George Emmerson, an amateur painter and former tax officer, now living alone after his wife of 68 years died. But like many, he values his independence and still wants to live at home. Almost all need help and care from the government, the NHS, local authorities and families. But are they all prepared for life at a hundred?

How Safe Is Your Operation?

Out of Jail: Free to Offend Again?