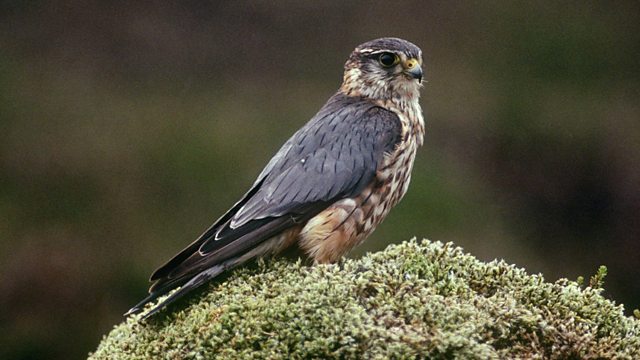 Paul Evans on the Merlin

Writer Paul Evans reflects on the dark habits of the merlin in this Halloween tale after seeing its name on a grimy, suspicious-looking van in a car park.

Merlins are "ariel sprites" says writer Paul Evans, but they also kill skylarks in a rather gruesome manner as we hear in this specially commissioned dark Halloween tale.

Paul Evans on the Barn Owl

Paul Evans on the Raven