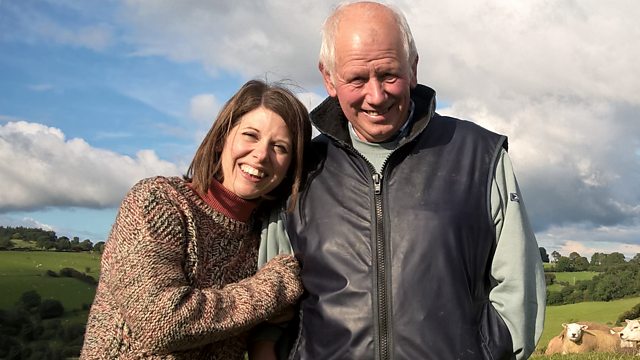 How do you communicate carbon emissions to farmers? Anna Jones begins at home with her farming dad.

When Anna Jones was growing up, the air was clean and the grass was lush. She lived on a farm in Shropshire, and phrases such as 'greenhouse gas emissions' and carbon footprints were associated with towns and cities - factories, cars and aerosols. Not anymore. We now know that 10% of the UK's greenhouse emissions come from farms, and there is a concerted effort to encourage farmers to reduce their carbon footprint. But in a world where the idea of stewardship has only recently taken hold, how do you communicate the importance of carbon emissions to a farmer? Anna starts with her father, Tony, first.
The programme also features contributions from two other farmers - Ian Pigott and Rob Richmond, one arable, one dairy - who have both changed their ways; and Becky Willson, project officer with the Farm Carbon Cutting Toolkit, travels to Tony Jones' Shropshire farm to measure his carbon footprint.

Fish Farms of the Future