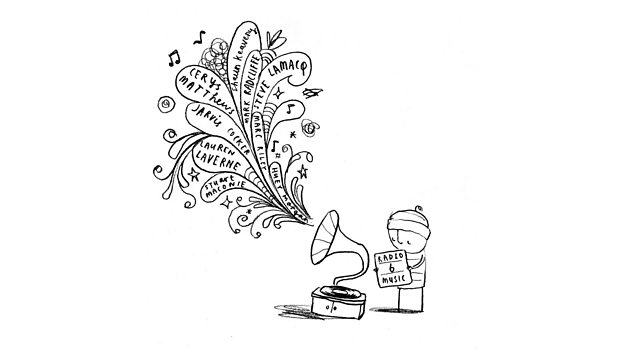 Author of the Inspector Banks novels, Peter Robinson, chooses his favourite songs and talks about what they mean to him. His choices include Television and John Cale.

Author Peter Robinson chooses his favourite songs and talks about what they mean to him. His choices include Brian Eno, John Cale, Television and Thea Gilmore.

His first novel, Gallows View (1987), introduced Detective Chief Inspector Alan Banks. It was short-listed for the John Creasey Award in the UK and the Crime Writers of Canada best first novel award. A Dedicated Man followed in 1988 and was short-listed for the CWC's Arthur Ellis Award. A Necessary End and The Hanging Valley, both Inspector Banks novels, followed in 1989, and the latter was nominated for an Arthur. Both received starred reviews in Publishers Weekly in the US.

Caedmon's Song, the first departure from the series, was published in 1990 and was also nominated for an Arthur. (It was reissued in the UK by Macmillan in September, 2003, and was published for the first time in the US by Avon Dark Passage in September, 2004, as The First Cut.) The fifth Inspector Banks novel, Past Reason Hated, won the Arthur Ellis Award for Best Novel in 1992. The sixth, Wednesday's Child, was nominated for an Edgar Award by the Mystery Writers of America. Final Account (UK Dry Bones that Dream) appeared in 1994 and won an Author's Award from the Foundation for the Advancement of Canadian Letters in 1995.

The eighth Inspector Banks novel, Innocent Graves (1996) was picked as one of Publishers Weekly's best mysteries of 1996 and selected as "page-turner of the week" by People magazine. Innocent Graves was also nominated for a Hammett Award for "literary excellence in the field of crime writing" by the International Association of Crime Writers, and won the author his second Arthur Ellis Award for best novel. In a Dry Season, the tenth in the series, won the Anthony and Barry awards for best novel and was nominated for the Edgar, Hammett, Macavity and Arthur Ellis Awards. In 2001, it also won France's Grand Prix de Littérature Policière and Sweden's Martin Beck Award. It was also a New York Times "notable book" of 1999. The next book Cold is the Grave, won the Arthur Ellis Award and was nominated for the Los Angeles Times Book Award. In 2006 it won the Danish Palle Rosenkrantz Award. Aftermath appeared in 2002 and made the top ten in both the UK and Canadian bestseller lists, where it reached number one.