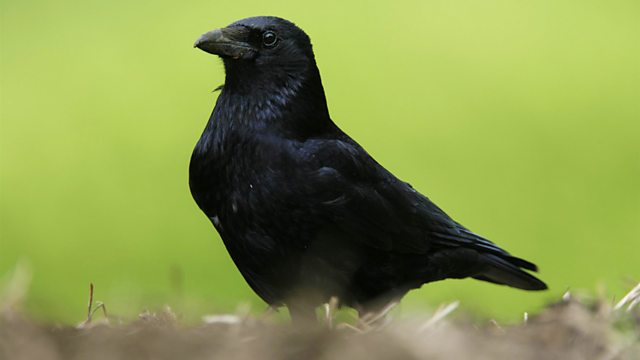 Paul Evans on the Carrion Crow

It is Halloween eve, and in a mist shrouded cemetery, writer Paul Evans finds himself under the watchful gaze of a carrion crow perched on a gravestone.

On the eve of Halloween, the silence of a graveyard is broken by the raucous calls of an inky black Crow "Throwing her voice as if coughing up a bone" says Paul Evans in the first of four specially commissioned Halloween tales.

Samuel West on the Turtle Dove