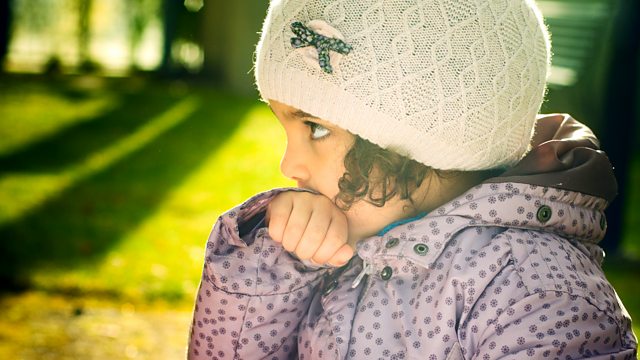 How to help a child with selective mutism. Does the Adults at Risk policy protect those most vulnerable in immigration detention?

Around one in 140 young children are affected by selective mutism, and the condition is more common in girls than boys. It is a severe situational anxiety disorder which means that the child has a phobia of initiating speech, and can not speak in certain scenarios. What can be done about it? Katherine Josling, mother of Rosa and Alison Wintgens, the national advisor for selective mutism for the Royal College of Speech and Language Therapists discuss.

More than 1500 women who seek asylum are locked up in immigration detention every year. The 'Adults at Risk' policy came into force over a year ago stating that people most at risk of being harmed by detention, including women who have survived sexual and gender-based violence, should not normally be locked up. Women for Refugee Women has found that the majority of women who seek asylum and are detained are survivors of sexual and gender-based violence. The founder Natasha Walter explains to Jenni why they still have serious concerns about the women who are detained. They are joined by Dame Caroline Spelman MP who was a member of the original inquiry into detention.

As part of our series, The Spark: Sex in Long Term Relationships, we hear from a listener who explains to reporter Abigail Hollick how her partner's low mood and medication has affected his libido and their sex life.

French artist Suzanne Valadon was an artist's model before becoming a respected painter herself. Part of a circle of artists living and working in Paris's Montmartre district at the beginning of the twentieth century, Suzanne was one of the most notable female artists of the period. The cultural historian and author Catherine Hewitt has written her biography.