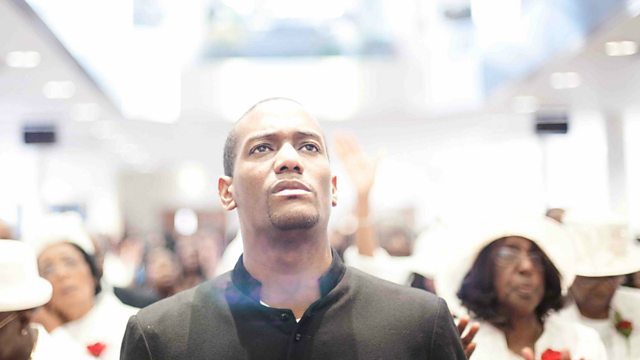 Sunday morning religious news and current affairs programme. As the 500th anniversary of the Protestant Reformation in Europe is marked, is the theological war over?

The Crown Prince of Saudi Arabia said this week that he wants to return the country to 'moderate Islam'. Gulf analyst Bill Law tells Emily why he believes the Prince is pursuing this policy.

On Tuesday a service will be held to mark the 500th anniversary of the beginning of the Reformation in Europe. The Archbishop of Canterbury will present a text supporting an agreement to resolve the theological dispute that divided the churches. Professor Eamon Duffy and Rev Professor Diarmaid MacCulloch will debate if the divisions have been healed.

Martin Bashir meets one of the world's leading geneticists who says advances in foetal testing may lead to increased screening for minor abnormalities and non-medical traits - in addition to conditions like Down's Syndrome.

The Chief Rabbi has called on Jews around the country to celebrate an authentic Shabbat for ShabbatUK. Trevor Barnes talks to the Chief Rabbi and meets a family who are trying to manage without breaking the rules.

Sexual harassment allegations against the film producer Harvey Weinstein have led to a public discussion about how institutions and organisations deal with these serious issues. This week some women in the Church of England have written about their experiences. Emily speaks to The Rev Charlotte Bannister-Parker who says it can be difficult for women to speak out while the Revd Canon Dr Emma Percy says the Church has clear guidelines on dealing with serious complaints.

For the last ten years photographer Matt Writtle has been documenting how people spend their Sunday. With fewer people attending church he set out to discover what they are doing on the traditional day of rest.