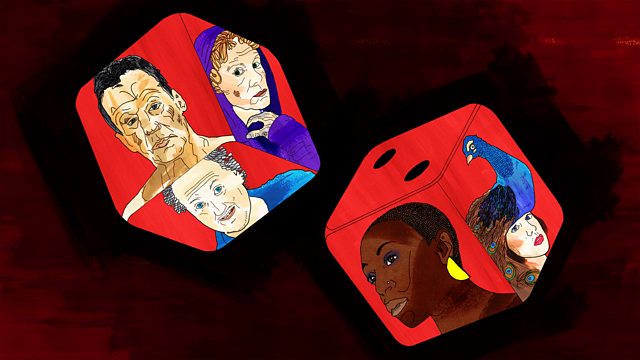 Three performers, each of them taking chances and pushing themselves to their artistic limits, in the hope of creating their very best work live and in the moment.

A three part series about the connection between risk and creativity, narrated by the actor Noma Dumezweni.

This week - three different performers, each of them taking chances and pushing themselves to their artistic limits, in the hope of creating their very best work live and in the moment.

Since undergoing a mid-career stage fright where she thought she would never set foot on stage again, Juliet Stevenson confronted her inhibition by taking on some of her most challenging theatrical roles. These include Winnie in Samuel Beckett's virtual one-hander Happy Days, where she delivers a two hour monologue submerged in earth. We also hear how, in a recent production of Mary Stuart, Juliet learnt both parts of Mary and Elizabeth I and her character for the night was determined by a coin-toss live on stage.

The singer Laura Mvula plays her most ambitious concert to date with the London Symphony Orchestra at the Barbican. She describes overcoming her terror of performing to reach this stage. She says, "What if I am not good enough to do this? What if I'm not justified to stand in front of this orchestra? Who am I to make these 70 plus middle aged white people play my music?"

Mark Springer is a pianist who thrives on throwing himself into the unknown. We join him in Bologna as he prepares to deliver a completely improvised performance. The audience doesn't know what Mark will play. And neither does he. He describes his process as "spontaneous composition", writing new music in real time.

With Robert Icke and Andi Oliver.

See all episodes from The Gamble