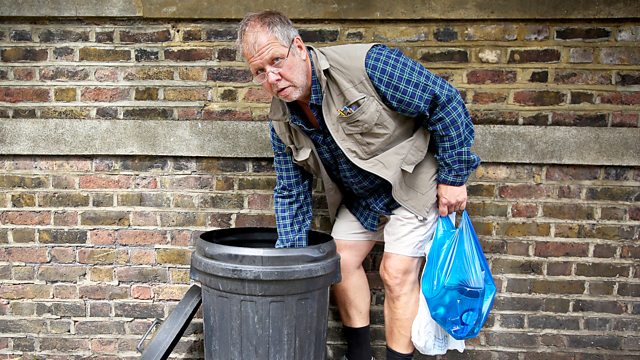 The Writer in the Van

The curmudgeonly author has a new idea for a novel and an exciting new home. Starring Christopher Douglas. From 2017.

Ed Reardon is back, and after being sent down from University for misappropriation of funds he finds himself temporarily living in a hotel trying to write the first in a new series of novels about his eponymous hero, Inspector Masterson, for which he has high hopes.

These are soon dashed by Ed's agent, Ping, who informs him he must write 'grip-lit' with a girl in the title who gets drunk, goes to bed with everyone and then gets chopped up.

Ping also palms Ed and Jaz Milvain off with her new assistant, Maggie, a jam-making, sock knitting 'older' lady (who also designs draft excluders) whilst she goes "oop North" to trawl the universities for the next generation of stand-ups. Whilst Jaz is furious with being "tossed on the scrapheap" Ed decides to give Maggie a chance and is soon rewarded when she gets him a writing gig on "Your Motorhome Magazine".

This turn of events not only furnishes him with a small but steady income, but also a new home with floral upholstery, carpet on the ceiling and the advantage of letting him and his companion , Elgar, celebrate the freedom of the open road.