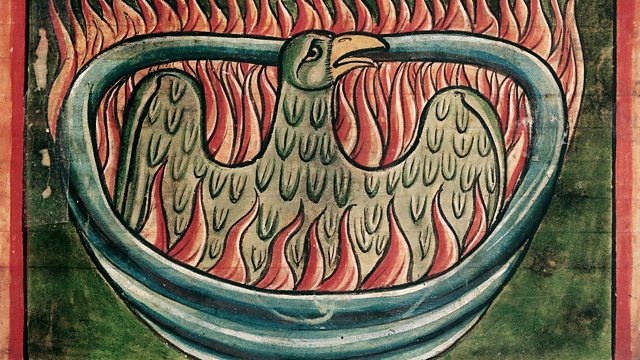 Tim O'Reilly discusses algorithmic regulation and what 2.0 government involves with Anne McElvoy. Plus exhibitions at the British Library and Dulwich exploring crossover fiction.

Tove Jansson (1914-2001) runs at Dulwich Picture Gallery in London from October 25th - January 28th 2018
Harry Potter: A History of Magic runs at the British Library from October 20th to Wednesday 28th February 2018
Philip Pullman's The Book of Dust Vol 1: La Belle Sauvage is out now. He's also written Daemon Voices: Essays on Storytelling which are being read on BBC Radio 4's Book of the Week.
Tim O'Reilly has written What's the Future and Why it's Up to Us.
Aisha Bushby will be talking at the Southbank Centre's Young Adult Literature Weekender on the 28th October and her story Marionette Girl is published in a new collection called A Change is Gonna Come.

Image details: DETAIL - A phoenix rising from the ashes in a 13th-century bestiary (c) British Library