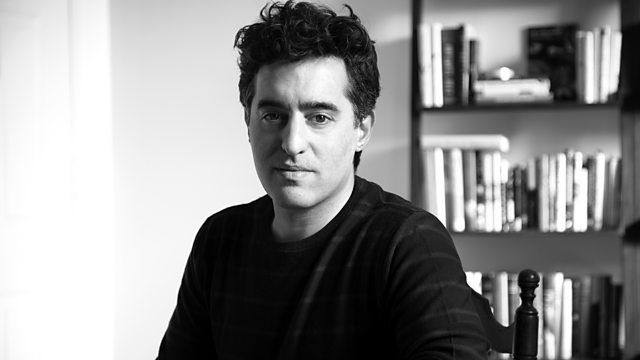 Mariella Frostrup talks to Nathan Englander about Dinner at the Centre of the Earth, a spy thriller and a love story based around the Israeli-Palestinian conflict.

Mariella Frostrup celebrates the 40th anniversary of the classic travel book In Patagonia. She's joined by the Observer theatre critic Susannah Clapp, who edited the book, and travel writer William Dalrymple who both admire its ground breaking mix of memoir, history and reportage.

Also on the programme, Nathan Englander talks about his new novel Dinner at the Centre of the Earth. Best known for his short story collections this is a spy thriller and a love story based around the Israeli-Palestinian conflict.

Sandi Toksvig discusses her tale for children set in the American Midwest in the mid nineteenth century, and Dennis Glover on the difficulties of fictionalizing George Orwell, a larger than life character who seems to have been misrepresented in fiction.