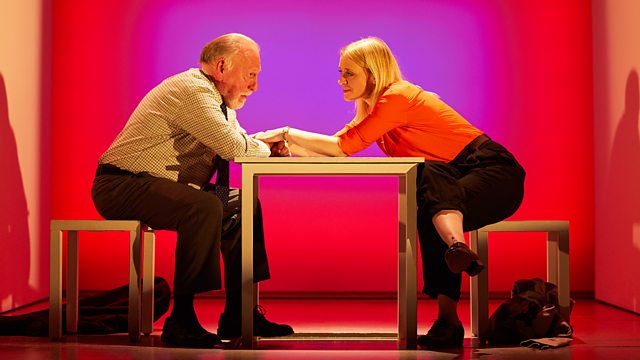 Anne-Marie Duff is in the Woman's Hour studio to talk about her new role as Georgie, a 42-year-old woman from New Jersey who impulsively accosts Alex, a solitary 75-year-old butcher. A love story or an improbable romance? And how does Heisenberg's Uncertainty Principle fit in? Anne-Marie and Jenni Murray discuss.

Lola Olufemi is 21 years old and Cambridge University Students' Union Women's Officer. Yesterday, she found herself on the front page of a national newspaper, the face of a campaign to "decolonise" the English curriculum at Cambridge University. She joins Jenni to discuss how she feels she's been scapegoated by the media and her fears for the impact this could have on other young, black women wanting to speak out.

Latin American Women's Aid provides a specialist service led by and for mainly Black and Minority Ethnic women who speak Portugese or Spanish. Supporting women who are fleeing any kind of gender violence, it is the only such service in the UK and Europe. On Sunday a benefit concert will be held at the Barbican in celebration of their 30 years. Jenni is joined by Salma Claussnitzer from LAWA and opera singer, Christin Wismann, who performs one of the songs that will be in the concert, 'Somewhere' from West Side Story.

Chetna Makan's new book 'Chai, Chaat & Chutney' is a celebration of the food eaten by India's 1.3 billion population. Chetna travelled to Mumbai, Kolkata, Delhi and Chennai and took inspiration from the food she sampled to create simple recipes which can be cooked at home. She joins Jenni in the studio to Cook the Perfect...Chilli Paneer.

Rosemary Brown was an English pianist, who claimed to have worked with some of history's greatest composers. The late psychic believed musicians such as Franz Liszt and Beethoven dictated new work to her. A new BBC Radio 4 Afternoon Drama has explored the life and work of Rosemary Brown. Jenni speaks to Rosemary's son, Tom, and Marion Bailey, who plays Rosemary in the radio drama.

See all clips from Anne-Marie Duff in Heisenberg: The Uncertainty Principle (2)