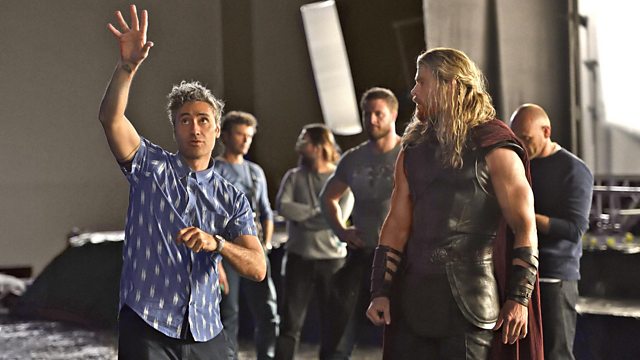 Taika Waititi goes from the independent film sector to direct the Marvel blockbuster, Thor: Ragnarok. Plus David Adjaye on his plans for the UK's National Holocaust Memorial.

Kiwi director Taika Waititi, known for Hunt for the Wilderpeople and Flight of the Conchords, on bringing his comedic style of indie film-making to the Hollywood superhero blockbuster in Marvel's Thor: Ragnarok.

Eisenstein's film about the Russian Revolution, October, is about to be screened in its newly restored original version, with the London Symphony Orchestra performing the original score live at the Barbican. Ian Christie explores the film's significance.

Designer David Adjaye reveals his plans for the UK's National Holocaust Memorial, which will be created in a park near the Houses of Parliament.

Women and Sexism in the Arts

A restored version of Eisenstein's film October is shown at the Barbican Hall, Barbican, London on 26 October 2017.

Image: A still from Eisenstein's October

Art in the Age of Terror

Household gloss on board

An image of the front entry of the UK National Holocaust Memorial and Learning Centre , designed by Adjaye Associates and Ron Arad Architects, to be built in Victoria Towers Park, London.

Thor: Ragnarok opens in UK cinemas on 4 October 2017, certificate 12A.