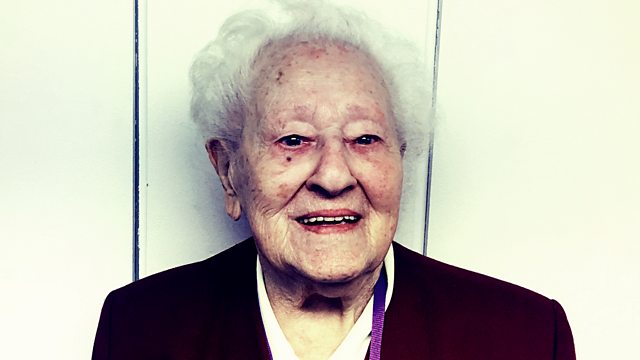 Diana Gould on life as a 105-year-old. Have the Harvey Weinstein allegations made men reassess how they interact, and even flirt, with women?

There are around 14,500 centenarians in the UK, a number predicted to double every ten years. One in every three babies born today is likely to live to be at least 100. A BBC1's Panorama has followed seven people who have reached 100 years. Diana Gould is 105 years old. She tells Jane about her life, family, and what it feels like to live in 21st Century Britain.

During the US presidential campaign, Donald Trump often singled out reporters at his rallies and berated the media for reporting fake news. NBC's Katy Tur was there from day one of his campaign. In her new book 'Unbelievable' she describes a "no-rules world" where reporters were, in her opinion, demeaned and discredited. What did she learn about President Trump after two years on his campaign trail?

Is the Harvey Weinstein scandal changing men's attitudes to women? Have the allegations around the powerful film producer made men reassess how they interact, and even flirt, with women? The journalist and commentator David Aaronovitch and comedian Kae Kurd discuss.

Ibibio Sound Machine's Eno Williams on how her grandmother's stories inspired her to make Afro-electro music in her native Nigerian Ibibio tongue.

Craig Revel Horwood as Miss Hannigan in the Musical Annie

Best Place to be a Woman: Islington