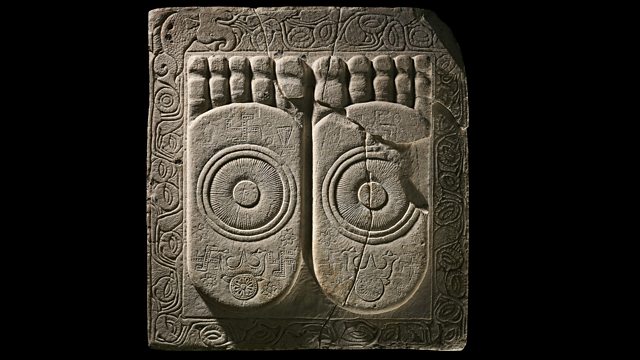 Trevor Barnes reports from the Ashmolean Museum where he looks at a new exhibition, 'Imagining the Divine'. Plus, the Baha'is celebrate the 200th anniversary of their founder.

Trevor Barnes visits 'Imagining the Divine,' a new exhibition at the Ashmolean Museum of some of the oldest religious art from India to Ireland..

Archbishop Bernard Ntahoturi is the first person from the African continent to be installed as the new Director of the Anglican Centre in Rome next week. It is a key position in the Anglican Communion and comes as the Anglican and Roman Catholic churches are forging a closer relationship on common issues.

Baroness Elizabeth Berridge previews the report from the All-Party Parliamentary Group for International Freedom of Religion or Belief ahead of its launch next week.

This week people from the Baha'i faith, will be celebrating the 200th anniversary of their founder's birth. Dr Julia Haviland tells Edward about the faith and the key message of Bahá'u'lláh's life and teaching.

The Archers has been bringing us the latest news from the farming community of Ambridge for over 50 years. We will be taking a look at "God in Ambridge" with Revd Dr Jonathan Hustler who has contributed to a new book on The Archers: Custard, Culverts and Cake.

In the aftermath of this week's debate on Universal Credit, Kevin Bocquet visits a food bank run by The Trussell Trust and the Bishop of Manchester David Walker comments on the impact the welfare reform is having on claimants.

Edward speaks to Preet Kaur Gill, Labour MP and Chair of the All Party Parliamentary Group for UK Sikhs, about how and why Sikhs were excluded from the Government's Hate Crime Action Plan.

Photo Credit : Footprints of the Buddha (c) Trustees of the British Museum.