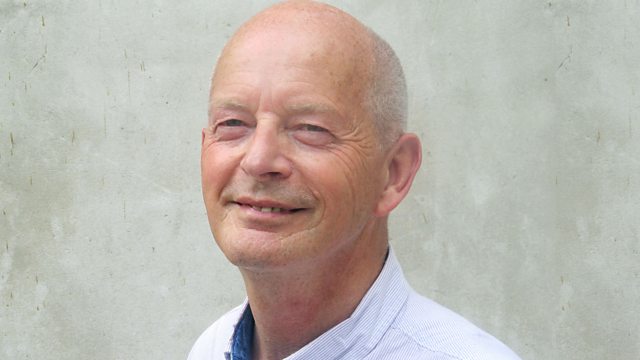 Professor Tim Birkhead talks to Jim Al-Khalili about studying promiscuity in birds, his love of Skomer Island and its guillemots and the virtuoso singing of the bullfinch.

Professor Tim Birkhead talks to Jim Al Khalili about his 40 years of research on promiscuity in birds, his love of Skomer Island and its guillemots, and the extraordinary musical talent of the male bullfinch.

Tim Birkhead is an evolutionary biologist and ornithologist at the University of Sheffield. The primary focus of his research has been reproduction in birds. He pioneered the study of promiscuity or extra-pair mating in birds, and one of its evolutionary consequences - sperm competition.

In the early 1970s Tim questioned and then exploded the assumption that female birds were always sexually monogamous - a zoological dogma originating with Charles Darwin. Tim first explored this in the guillemot colony on Skomer Island in Wales: a population of seabirds which he has studied continuously for more than 40 years in the cause of both evolutionary insights and conservation. Tim talks with passion about an ongoing funding crisis that hit this research programme recently and how the public response to it has been the most inspiring event in his career.

A side branch of Tim's research includes the jaw-dropping musical mimicry of the male bullfinch. The programme includes a recording of a captive bird whistling a German folk tune with super-human skill.

ADVISORY! There is a longer version of the conversation in the podcast of this edition. In this edit, Tim talks about the truly weird false penis of the male red-billed buffalo weaver: an extreme evolutionary product of sperm competition in this species and what amounts to an avian tickling stick. Tim also addresses the controversial topic of sperm competition in humans and the myth of 'kamikaze sperm'.

See all clips from Tim Birkhead on bird promiscuity (3)