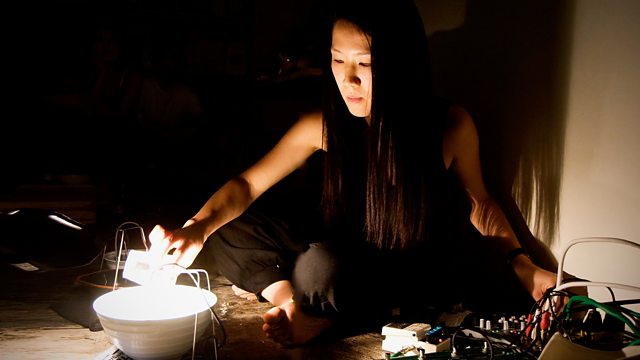 Nick Luscombe serves up a smorgasbord of the unusual, from 1970s Zamrock forged during Zambia's liberation from colonial rule to new music by Japanese composer Tomoko Sauvage made with porcelain bowls and water.

Also on the programme, Tom Service answers a question that Robert Wyatt sent into the Third Programme over 50 years ago, we have a punchy piece of avant disco by composer and saxophonist Peter Gordon and The Love of Life Orchestra and an excerpt from Simon James' radiophonic drama which features a crumbling amusement park, a talking cockroach and a mysterious character named Monday Man.