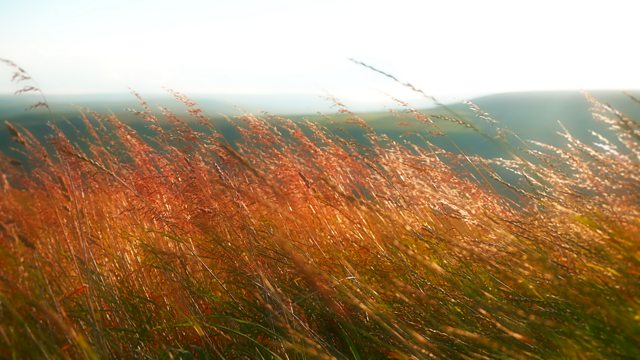 The Art of Forgetting

As part of Radio 3's Why Music? The Key to Memory weekend in collaboration with the Wellcome Collection this week's Words and Music is called "The Art of Forgetting", Actors Claire Benedict (The No.1 Ladies' Detective Agency) and David Neilson (Coronation Street) read literary musings on forgetting and forgetfulness. With prose and poetry from Ogden Nash, Gabriel Garcia Marquez, Philip K Dick, Milan Kundera and others. Music includes Debussy, Purcell, Philip Glass, Villa-Lobos and Jacques Brel. The programme starts with humour and gravitates to more serious matters, exploring what an essential human quality it is to forget. The Art of Forgetting embraces the story of "S", the Russian mnemonist whose memory demonstrated no distinct limits, a lost soul who was simply unable to forget.

As you may have been hearing in our weekend of programmes from Wellcome Collection, our enhanced capacity for memory is possibly the defining facet of humanity.  It’s also a subject so key to the experience of music, the theatre of memory.  The counterpart of remembering, of course, is forgetting, a concept which repeatedly appears as a device in drama and literature .

Blade Runner creator Philip K Dick’s “We Can Remember It For You Wholesale” explores a futuristic world of commercially implanted recreational memories, more durable than real, easily forgotten ones. You too can adventure in Mars as a secret agent. You can have it all. It’s a thought-provoking excerpt and concept. A 1970s instrumental by “Starman” David Bowie seemed  to capture the spirit of Dick’s short story.

There’s an oddity in this collection too. Non-fiction creeps in by the back door with an account by Alexander Luria, the late Russian psychologist.  But this is non-fiction bearing all the hallmarks of fiction.  Asked in the 1920s by a baffled newspaper editor to test the memory of one of his reporters, Luria repeatedly tried and failed to trace its limits.  The immense power of the troubled young man’s memory defied all attempts to measure it. The problem which dominated his life was that he could not forget anything. Philip Glass’s music from Einstein On The Beach conveys the beauty and the tragedy of the mnemonist’s plight.

There’s levity in this collection too. We open with Laurel and Hardy for, well, just for a laugh really, and I’ve resurrected a piece the New Yorker commissioned from the satirist Ogden Nash to celebrate the (then) recent scientific discovery of the hippocampus as the neurological seat of the human memory. David Neilson reads this densely witty and rhythmic piece brilliantly. Many thanks to the New Yorker for sending me and allowing me to use the original after I’d only seen a digitally blurred version online.

As with many facets of human life, Milan Kundera sorts things out for us, pursuing memory to the cosmic building blocks of our experience. His character Tamina struggles to remember more than two out of nine Christmases spent with her beloved, and now late, husband. She does not want to rediscover the poetic nostalgia of their life together, just the facts. Only facts, plucked from the huge, chaotic canvas of life can enable and make sense of her path along the moment-by-moment of existence.

I’ve ended with a whopper: sex and death rolled into one. The devastating and faintly comical exchange between Captain Cat and Rosie Probert is one of the most haunting I know, charting an uncertain course between life, death, memory and truth. Captain Cat remembers his erotic life with now dead Rosie as she (or his memory of her) lets go of life, the earth already filling her mouth. “Remember me, I am forgetting you.”, bemoans dead Rosie.  The best musical answer I could find to this was “When I am laid” from Purcell’s Dido and Aeneas. “Remember me”, laments Dido, “ah, but forget my fate.”