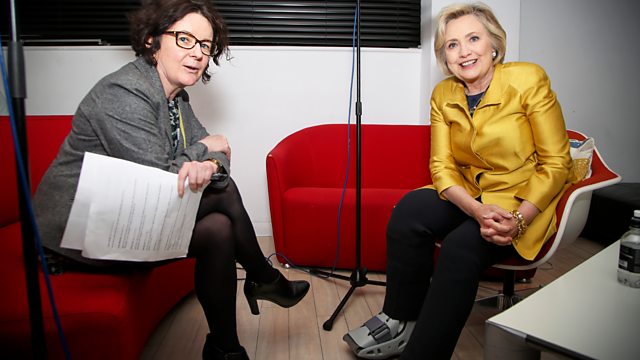 Hillary Clinton gives her verdict on why she lost the USA presidential election. Plus Dany Cotton, the first female commissioner of the London Fire Brigade, on her role.

Hillary Clinton gives her verdict on why she lost the US presidential election to Donald Trump and tell us what it's like to live with the defeat of failing to give the country its first female president.

Dany Cotton is the first female Commissioner of London Fire Brigade. She has become a recognisable public figure since the terrible fire at Grenfell Tower in West London. That fire, which is currently being investigated by police, put her in front of the world's cameras. This week she's won the Prudential Women of the Year Leadership Award, in recognition of her career achievements but also her honesty about her own mental health challenges. She talks to our reporter Siobhann Tighe about the toll Grenfell has taken on her; about what it was like to start working as a fire-fighter in the 80s, and why she hates the word "fireman".

Ibeyi are twenty-two year-old French-Cuban twins Lisa-Kaindé and Naomi Diaz. Since the release of their critically-acclaimed, self-titled first album they have been captivating audiences with their unique blend of pop, hip-hop and electronic influences with the traditional sounds of Yorùbá. They've now released a second album 'Ash'. They join Jane to discuss and perform live in the studio.