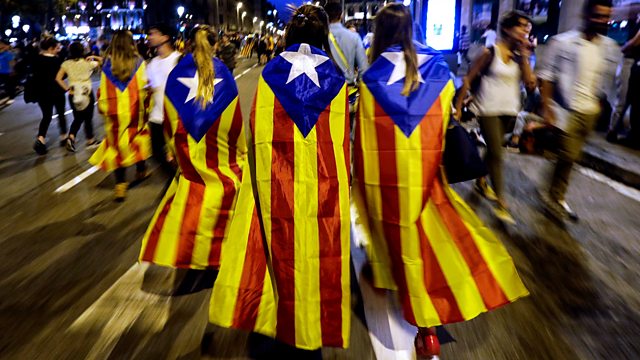 Presenter Chloe Tilley looks at claims by the Catalan president that independence from Spain could be declared in a matter of days.

The programme hears from a mother and son who risked death to rescue dozens of people during the mass shooting in Las Vegas.

Plus the roll-out of universal credit.