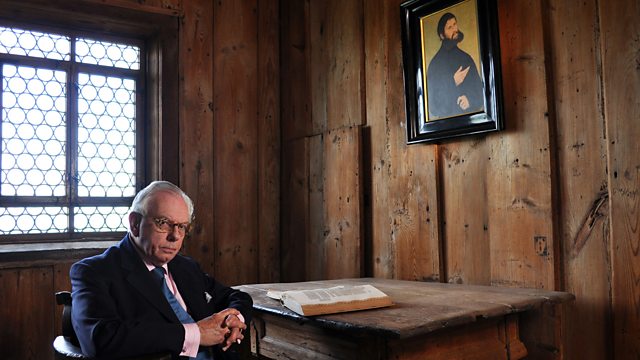 Historian David Starkey tells the story of the Protestant Reformation and how it transformed the face of modern Europe, unleashing fundamentalism, terror and religious violence.

Historian David Starkey tells the story of the Protestant Reformation and how it transformed the face of modern Europe. A schism at the heart of Christendom, the Reformation unleashed centuries of holy war, inspiring the kind of fundamentalism, terror and religious violence we are all too familiar with today.

Timed to coincide with the 500th anniversary of Martin Luther nailing his 95 Theses to the doors of All Saint's Church in Wittenberg, this programme charts the spread of Luther's ideas across Europe. Starkey explains how and why Luther's simple act of defiance would gain such momentum, and explores the consequences of his actions - both on the Christian faith, as well as on society as a whole.

Filmed in Rome, Germany and the UK, the programme concentrates on the early years of the Reformation and concludes by revealing the impact and legacy it had on England. There it prompted Henry VIII to split with the Catholic Church in Rome and declare himself supreme head of the Church of England.