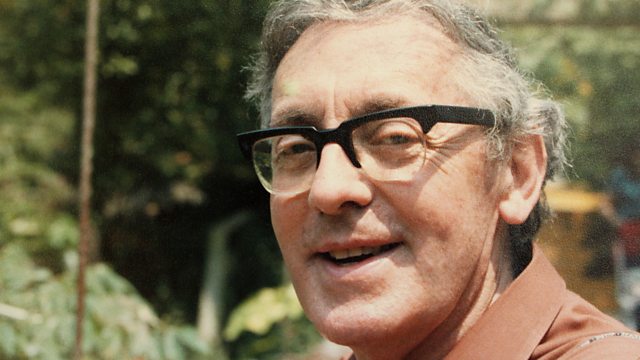 Profile of Charles Causley, one of the great poets of his generation. He wrote about the people of Cornwall, both world wars, his shipmates, local history, myths, animals and God.

Charles Causley was one of the great poets of his generation. Born in 1917 in Launceston, north Cornwall, on the edge of Bodmin Moor, the only time he left was for active service in the Royal Navy during the Second World War. His father died when he was a boy as a result of a gas attack in the trenches of World War One and he lived the rest of his life in the same house as his mother. He knew everyone and they knew him. He devoted his life to teaching, poetry and his mum.

Charles Causley said that everything you needed to know about him was in his poetry. He wrote directly from experience about the people of Launceston and the changes in the town, both world wars, his shipmates, local history, myths, animals and God.