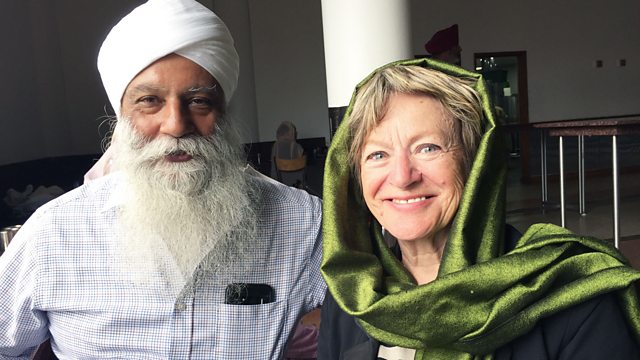 How We Eat: 2. Eating with Strangers

Sheila Dillon presents a series about how we eat. In this programme, she finds out what happens when you eat with strangers, from supper clubs to temples to romance and marriage.

What happens when you share a meal with strangers? What chemistry fizzes around the table, what bonds are formed, what happens next? In this programme Sheila Dillon talks to people who believe that eating with strangers is the greatest pleasure in life, and to people whose lives have been transformed by those meals.

She visits the largest Sikh temple in Europe, where hundreds are fed every day for free, and hospitality to strangers is a sacred religious duty. She meets the woman who started the supper club movement in Britain when she began inviting people into her small flat for dinner. She talks to an unlikely couple - with a 60 year age gap - who formed a firm friendship thanks to the charity the Casserole Club. And she visits the Glasgow couple who met as strangers at a supper club for singles - and knew after that first dinner that they were destined to share the rest of their lives together. It was his table manners that did it.

How We Eat: 1. Eating Alone

How We Eat: 3. Eating By The Rules