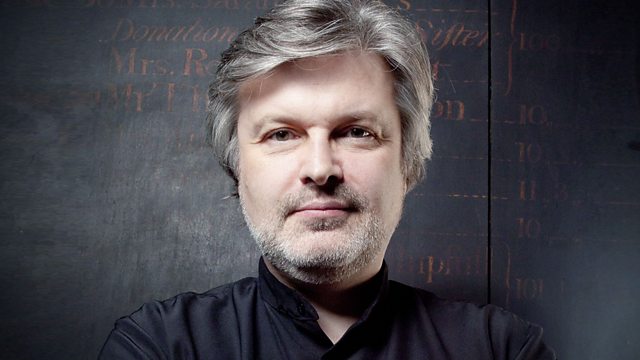 Sir James MacMillan is a Scottish composer and conductor. He's one of Britain's most successful living classical composers, with his percussion concerto, Veni Veni Emmanuel, receiving more than 600 performances since its premiere in 1992. He draws inspiration from both the spiritual and the secular: many of his works draw on his Roman Catholic faith, while his passion for Celtic football club provided the initial spark for a piano concerto.
James MacMillan grew up in Cumnock, East Ayrshire, traditionally a mining centre. His father was a carpenter, and his grandfather a coal miner. He learned the trumpet and played in brass bands, whilst realising at a very young age that he wanted to make music his life. When he first picked up a recorder at school, and realised that he could change the pitch by putting different fingers over the holes, he says a light went on and he knew that he wanted to write music as well as play it.