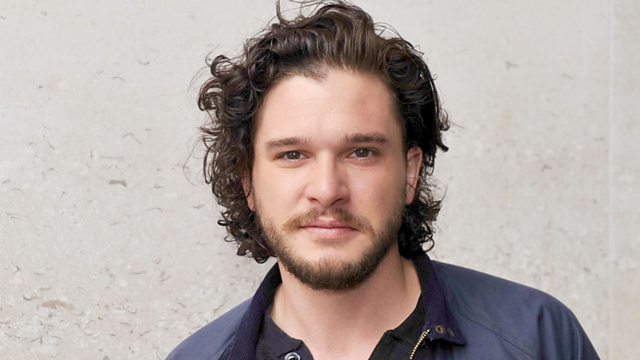 Kit Harington talks about playing his own ancestor in the new BBC1 drama series about the Gunpowder Plot. Arts news, reviews and interviews, presented by Stig Abell.

Kit Harington on playing his own ancestor in Gunpowder, the new BBC1 drama series about the 17th Century plot to blow up Parliament.

Kele Okereke, lead singer of Bloc Party, talks to Stig about his new solo album Fatherland, which includes a love duet with Olly Alexander, and he performs live in the studio.

As 80's supersoap Dynasty returns with a remake on Netflix, Karen Krizanovich gives her verdict.

As artists such as Liam Gallagher, Beck and St Vincent release albums on coloured vinyl discs, is this becoming a new trend?

Download today's podcast for an extra live performance by Kele Okereke and an interview with the creators of TV series Porridge, Dick Clement and Ian La Frenais.

Armando Iannucci on the Death of Stalin, Kwame Kwei-Armah directs Ibsen's Lady from the Sea

Season 1 of Dynasty is available to stream from Netlflix.

Image: Elizabeth Gillies as Fallon (Left) and Nathalie Kelley as Cristal in Dynasty

Porridge is on BBC One on Fridays at 9.30pm, and also on the BBC iPlayer.