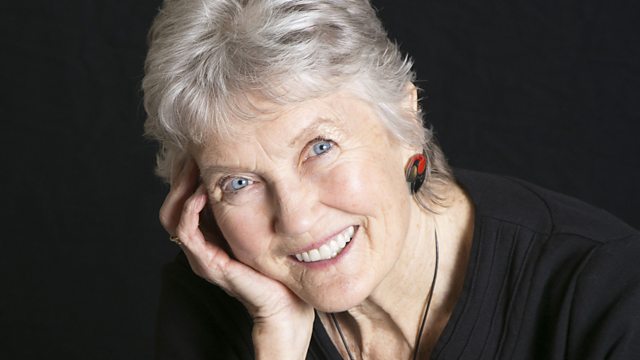 American folksinger Peggy Seeger was born in the US, but has lived in Britain for more than 30 years. She was married to the singer and songwriter Ewan McColl and in the 1950s, they changed the face of British music, laying the foundations of the folk revival, and making music aligned with left wing politics. Seeger talks to Jenni about how she inspired Ewan to write the famous love song, The First Time Ever I Saw Your Face, and how she herself wrote the women's movement anthem, Gonna Be An Engineer. Now aged 82, she has written a memoir, The First Time, and is about to embark on a UK wide music and literary tour.

What are the pros and cons of going for a fertility test? Are they a good idea or a waste of money?

As part of our Best Place to be a Woman series, we discus the social isolation of older women. Betty is 89 years old, living alone in South Tyneside, where there is a high proportion of women over the age of 65 living alone. We find out what Betty does to help ease her loneliness. We are also joined by Professor Barbara Hanratty, from the Institute of Ageing at Newcastle University, who talks to Jenni about the impact of isolation on women's health.

Cornwall - heaving beaches, ice creams, body-boarding, tea-shops and fishing. Hannah Stacey from BBC Cornwall spoke to some of the women who work hands on in fishing including 80-year old salmon netter Sheila Taylor. Sheila has netted fish on the River Taw with her husband Stephen for the past 35 years and it can be a risky business.

Putting You Through Caller, is the story of the rise and demise of telephone operators, one of the first professions in which women had independent status. Made for BBC4 Extra, Shaun Ley uses drama and comedy from the BBC archives to demonstrate how the telephone operator became a valuable dramatic device. Jenni talks to him about the price some women paid for their independence.

50th Anniversary of Hair the Musical