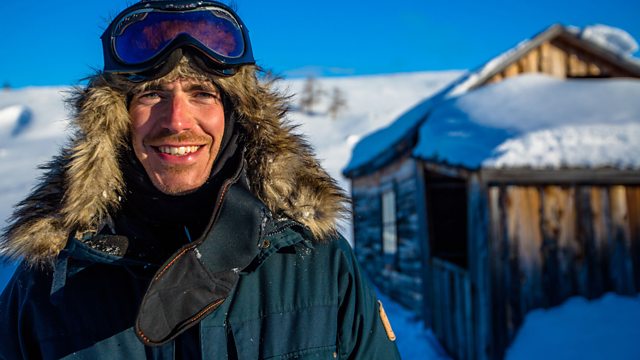 Simon Reeve embarks on the first leg of a three-part journey across Russia. He sets out amongst the volcanoes of Kamchatka and meets indigenous reindeer herders.

A hundred years after the Russian Revolution, Simon Reeve embarks on the first leg of an extraordinary three-part journey across Russia.

Setting out amongst the active, snow-capped volcanoes of Kamchatka, over 4,000 miles from Moscow, Simon explores one of the remotest regions of the country. The population of Russia's far east has fallen dramatically in recent years, but travelling by chopper and skidoo, Simon finds indigenous reindeer herders who are still eking out a fragile existence in this spectacular but inhospitable wilderness.

Despite an exodus of Russians moving west, the government is trying to maintain a grip on its eastern territories. In the port city of Vladivostok, Simon visits a newly built mega casino, designed to attract high rollers and tourists from neighbouring China. Russia's far east is full of natural resources, including huge amounts of timber from the vast Boreal Forest. Deep in the forest, Simon meets the inspirational conservationist who has created a sanctuary for the country's most iconic predator, the giant Amur tiger. Their habitat is threatened by illegal logging. It is a sensitive story involving political corruption, and throughout his stay Simon is followed and harassed by the authorities, finally being forced to leave the area. It is a powerful reminder of Russia's authoritarian and corrupt system.

Simon heads north, travelling on treacherous ice roads to Yakutsk, a city south of the Arctic Circle that is built entirely on permafrost. This vast layer of frozen earth is melting and Simon ends his journey on the rim of a giant crater that has emerged in the Siberian landscape - chilling evidence of the impact of global climate change.

See all episodes from Russia with Simon Reeve 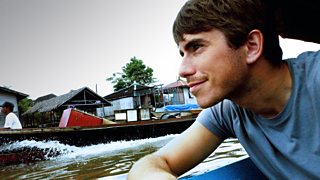