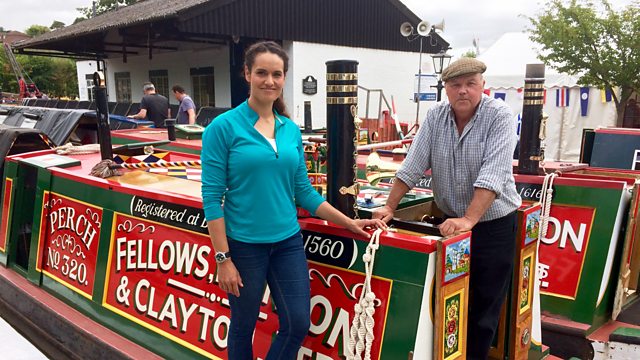 Mary-Ann Ochota explores the story of the working narrow boat, discovering how it helped power the Industrial Revolution.

Mary-Ann Ochota explores the story of the working narrow boat and discovers how it helped power the Industrial Revolution and shaped the lives of those who earned their living from the canals. These boats are now home to thousands around the country, offering an affordable way to own your own place. They were the HGVs of their day though, transporting all manner of wares across Britain's network of canals. Originally horse-drawn, with competition from railways and roads, they were adapted, first to steam, then diesel power, with varying degrees of success. Life on board was tough, with anything up to nine people living in a space the size of a garden shed.

With rich archive to illustrate, this programme shows how, despite the demise of the canals, dedicated enthusiasts have ensured that the boats - and the skills and traditions associated with them - still thrive.

See all episodes from Britain Afloat

See all clips from The Narrow Boat (4)