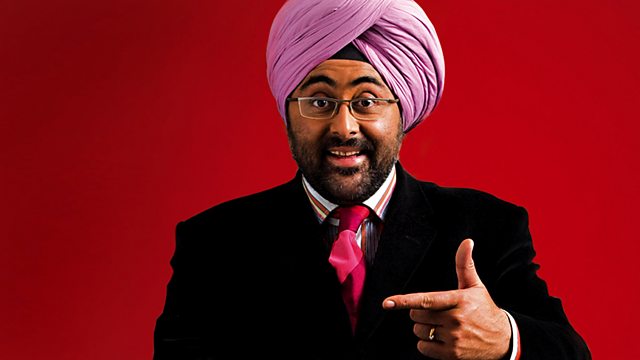 Hardeep Singh Kohli cooks lunch for people with remarkable stories. In Inverness, he makes a haggis curry for Colin Campbell and Rona Tynan.

In the first programme of this series, Hardeep is in his native Scotland to cook lunch for Inverness based friends Colin Campbell and Rona Tynan. Colin has lived with primary progressive multiple sclerosis since his 30s and at the age of 56 made the decision to end his life at a Swiss Clinic rather than face an unbearable, lonely decline. Hearing his plight, fellow MS patient Rona Tynan felt compelled to get in touch with him. The former London Met police officer has lived with MS for 12 years and she felt distressed that Colin wanted to end his life, especially when he was more able than her. In June this year, when Hardeep turned up at Rona's door to make the pair of them a haggis curry, Colin still had an appointment for the Swiss Clinic in his diary.