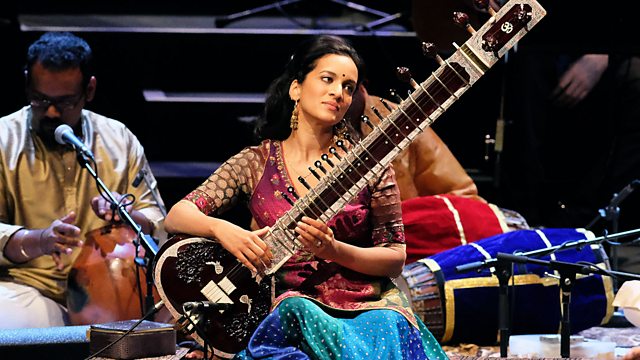 The BFI has restored the silent film 'Shiraz,' a love story about the 17th-century princess who inspired the construction of the Taj Mahal. The British Indian composer Anoushka Shankar has composed a score for the film - and she will perform this live, a world premiere, on 14th October at the London Film Festival Archive Gala as part of its India on Film celebrations.

On the 1st October a French law came into effect that requires any commercial photos of models that have been digitally altered to bear the warning "photographie retouchée" or retouched photograph. Now you'll know if body parts have been photo-shopped to look bigger, or smaller. Those who do not comply with this law will face a fine of at least $44,000, or 30 percent advertising costs. Jenni speaks to journalist Catherine Guilyardi and model Sam Beni about the impact the law will have on French women's attitude to body image.

In the next in our series on Inspiring Women of Medicine, Dame Parveen Kumar joins Jenni to discuss the work of Dr Jane Walker, who dedicated her life to helping Tuberculosis patients with open air sanatoriums.

As part of our Best Place to be a Woman report, we found that Stockton-on-Tees was one of the worst places for women accessing culture. We looked at things like going to the cinema, visiting a library or an art exhibition. Jenni talks to Annabel Turpin, who runs ARC Stockton Arts Centre, and Charlotte Hall, a local Mum who's started her own choir, to find out what they think about the culture on offer in Stockton.