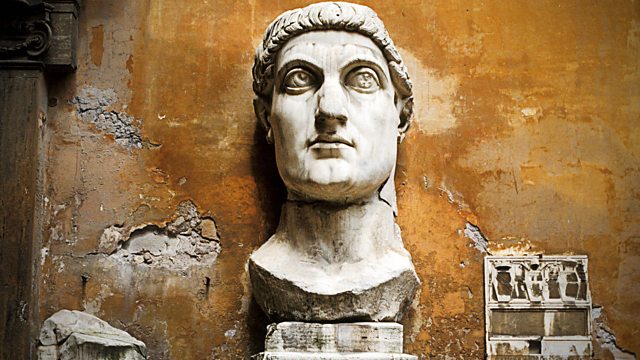 Melvyn Bragg and guests discuss Constantine the Great, the Roman emperor who made Constantinople his capital rather than Rome and who legalised Christianity across the Empire.

Melvyn Bragg and guests discuss the life, reputation and impact of Constantine I, known as Constantine the Great (c280s -337AD). Born in modern day Serbia and proclaimed Emperor by his army in York in 306AD, Constantine became the first Roman Emperor to profess Christianity. He legalised Christianity and its followers achieved privileges that became lost to traditional religions, leading to the steady Christianisation of the Empire. He built a new palace in Byzantium, renaming it Constantinople, as part of the decentralisation of the Empire, an Eastern shift that saw Roman power endure another thousand years there, long after the collapse of the empire in the West.

Greg Woolf
Director of the Institute of Classical Studies, University of London

Christopher Kelly at the University of Cambridge

Lucy Grig at the University of Edinburgh

Greg Woolf at the University of London

H. A. Drake, Constantine and the Bishops: The Politics of Intolerance (John Hopkins University Press, 2002)