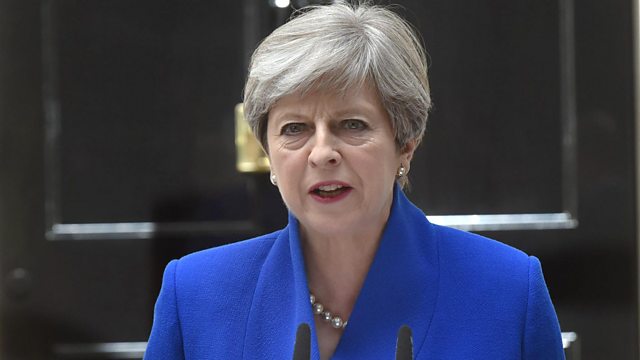 Power, the People and the Party

Live from Salford, during the Conservative Party conference in neighbouring Manchester, Sir David Cannadine argues that Victorian Britain was never far from revolution. He tells Andrew Marr how a century seen as conservative was actually troubled by political upheaval. Britain may have been the world's greatest empire but it was riven by self-doubt.

Novelist Anthony Powell depicted the turbulence of the 20th century in his series A Dance to the Music of Time. Powell is seen as the arch-conservative, but biographer Hilary Spurling argues that he was fascinated by power and people at every level of society.

Jane Green tracked the 2017 General Election as co-director of the British Election Study. She explains how the public judges those in power, and why political reputations are hard to shake.

And Phillip Blond, director of the think tank ResPublica, helped shape recent Conservative ideas including the "big society" and the "northern powerhouse". He fears the Conservative Party could become irrelevant unless power is shared out.

Russian Revolution a hundred years on

Sir David Cannadine is Dodge Professor of History at Princeton University, Visiting Professor at Oxford University and editor of the National Dictionary of Biography. His major works include The Decline and Fall of the British Aristocracy, Ornamentalism, Class in Britain and Mellon: An American Life.

Victorious Century: The United Kingdom 1800-1906 is published by Penguin.

Hilary Spurling is the author of numerous biographies, including Ivy When Young: The Early Life of Ivy Compton-Burnett 1884-1919; Paul Scott: A Life; a two-volume biography of Matisse, The Unknown Matisse and Matisse the Master (also published in the abridged single-volume Matisse: The Life); and Burying the Bones. She grew up in Bristol and studied at the University of Oxford. From 1964 to 1970 she was Theatre Critic and Literary Editor of the Spectator, and since then she has been a regular book reviewer for the Observer and the Daily Telegraph. In 2016 she won the Biographers' Club Lifetime Achievement Award.

Anthony Powell: Dancing to the Music of Time is published by Hamish Hamilton.

Jane Green is professor of political science at the University of Manchester, co-director of the British Election Study and ITV’s Elections Analyst. She is a specialist in public opinion and electoral behaviour.

Phillip is an internationally recognised political thinker and social and economic commentator. He bridges the gap between politics and practice, offering strategic consultation and policy formation to governments, businesses and organisations across the world. He founded ResPublica in 2009 and is an academic, journalist and author. Prior to entering politics and public policy, he was a senior lecturer in theology and philosophy, teaching at the Universities of Exeter and Cumbria. He is the author of Red Tory (Faber and Faber 2010), which sought to redefine the centre ground of British politics around the ideas of civil association, mutual ownership and shared enterprise.