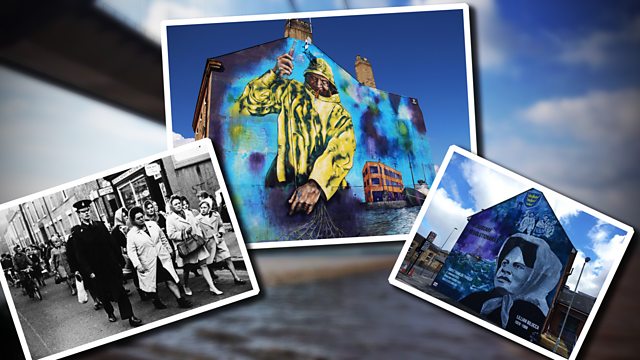 Hull's forgotten heritage is brought back to life through fishing, folk music and the city's most colourful characters.

Hessle road is an infamous working class district in Hull. But to those who live and work there, it's much more than that - it's a place of character, community but also hardship. This montage documentary pieces together the ghosts of Hessle Road's past through some of its most colourful characters.

It's a collection of moving, funny tales over a bed of traditional folk music from the beating heart of Hull, crowned as City of Culture 2017.

Hull's heritage is anchored in the sea. Its fishermen, the last of the great hunters, lived in the most colourful community in the world but were exposed to extreme danger in the perilous waters within the Arctic Circle. Their lives were held together by a set of primitive folk beliefs - magic and music. But behind the closed doors of this community are darker stories - 6,000 men left Hull for the sea but never returned. The families of those lost still live in the city's terraced houses.

"They were the underdogs, fighting against nature at sea and social prejudice at home.... George Orwell talked about society standing on the shoulders of the miners. But the port of Hull prospered on the backs of the trawlermen." - Historian and photographer Alec Gill, who has documented Hessle Road since the 1970s.

Among the Hessle Roaders we meet are the last remaining "headscarf revolutionary" Yvonne, a former night club singer and friend to Lillian Bilocca who marched to Downing Street to change the safety laws on trawler ships - and the raucous folk veteran Mick McGarry and HillBilly Troupe, keeping Hull's folk music scene alive.