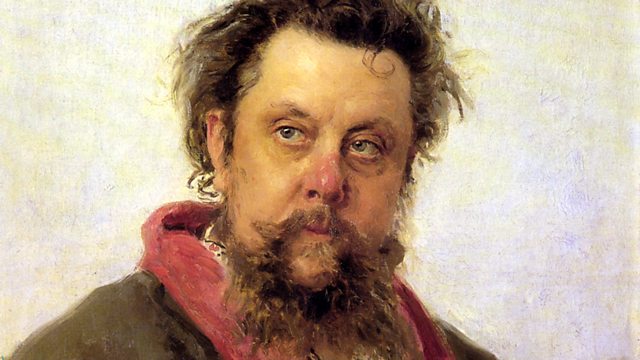 Donald Macleod explores the music of Mussorgsky, focusing on his songs. The tortured history of the two operas Mussorgsky called Boris Godunov.

This week Donald Macleod explores the music of Mussorgsky, with a particular focus on his songs. Today, the tortured history of the two operas Mussorgsky called Boris Godunov.

"When an artist revises, it means he is dissatisfied", Mussorgsky once told his friend Rimsky-Korsakov. That's as may be, but Mussorgsky embarked on his revisions to the first version of his opera about the troubled Russian Tsar because it had been rejected by the music committee of the Directorate of the Imperial Theatres in St Petersburg. The committee objected not to the depiction of a Tsar on stage, but - rather bizarrely to our ears - to the "originality and freshness" of the music, and also, and perhaps crucially, to the absence of "an important female role". To beat the ban, evidently Mussorgsky could have got away with adding a single scene for a prima donna, but he seems to have been genuinely galvanized by the opportunity to reconsider his work, and ended up supplying an entirely new act, as well as an additional final scene. The opera was well received on the premiere of this revised version in 1874, but after Mussorgsky's tragically early death only seven years later, Rimsky-Korsakov took it upon himself to produce a new, 'improved' version of the score, and it was in this inauthentic version that audiences were to hear Boris Godunov for many years to come. Only with the David Lloyd-Jones edition of 1975 was the opera again heard in a form close to that in which the composer had conceived it.