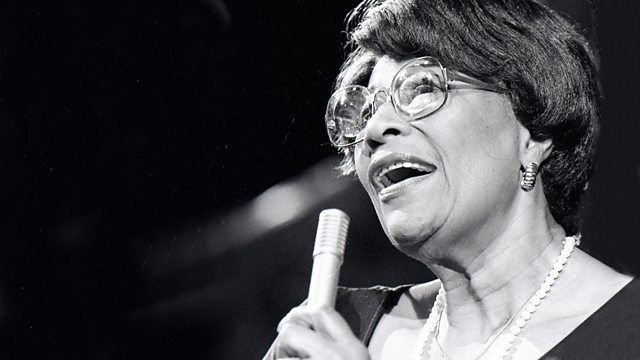 Programme that offers a female perspective on the world. Ella Fitzgerald's voice has been digitally remastered by singer and producer Juliette Pochin. She explains how she did it.

Ella Fitzgerald's voice has been digitally remastered. Juliette Pochin, the singer, composer, arranger and record producer, has produced a new album using Ella's voice. She's extracted her vocal tracks from the original mono recordings and added new orchestral arrangements. Juliette explains how she did it.

Why some women with breast cancer are missing out on a cheap drug that could help prevent it spreading to their bones. Baroness Delyth Morgan of the charity Breast Cancer Now says some post-menopausal women are not being routinely offered bisphosphonate drugs that could help.

Gypsy, Roma and Traveller people are the most disadvantaged people in the UK. That's the long-standing view of the government's Women and Equality Committee. Travellers have a shorter life expectancy than the rest of the population they say, and face hostility and discrimination. Now the Traveller Movement has a new report out which digs deeper into the problems, especially how they affect women and children. Jenni speaks to Yvonne MacNamara, the CEO of the Travellers Movement as well as Kealy Sly who's from the Gypsy and Travellers Equality Project.

And why are more women training to be Church of England priests than men?

Abortion referendum in Ireland, Prostitution, The murder of Elizabeth Short 'The Black Dahlia'