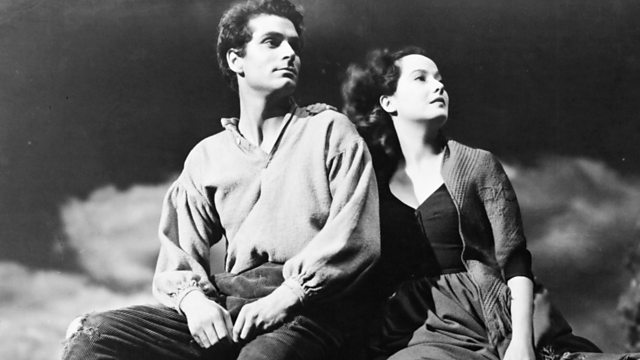 Melvyn Bragg and guests discuss Emily Bronte's story of Heathcliff and Cathy, of love, hatred, revenge and self-destruction across two generations in a remote moorland home.

In a programme first broadcast in 2017, Melvyn Bragg and guests discuss Emily Bronte (1818-1848) and her only novel, published in 1847 under the name 'Ellis Bell' just a year before her death. It is the story of Heathcliff, a foundling from Liverpool brought up in the Earnshaw family at the remote Wuthering Heights, high on the moors, who becomes close to the young Cathy Earnshaw but hears her say she can never marry him. He disappears and she marries his rival, Edgar Linton, of Thrushcross Grange even though she feels inextricably linked with Heathcliff, exclaiming to her maid 'I am Heathcliff!' On his return, Heathcliff steadily works through his revenge on all who he believes wronged him, and their relations. When Cathy dies, Heathcliff longs to be united with her in the grave. The raw passions and cruelty of the story unsettled Emily's sister Charlotte Bronte, whose novel Jane Eyre had been published shortly before, and who took pains to explain its roughness, jealousy and violence when introducing it to early readers. Over time, with its energy, imagination and scope, Wuthering Heights became celebrated as one of the great novels in English.

The image above is of Laurence Olivier as Heathcliff and Merle Oberon as Cathy on the set of the Samuel Goldwyn Company movie 'Wuthering Heights', circa 1939.

Karen O'Brien
Professor of English Literature at the University of Oxford

Alexandra Lewis
Lecturer in English Literature at the University of Aberdeen

Karen O'Brien at the University of Oxford

John Bowen at the University of York

Alexandra Lewis at the University of Aberdeen

Sandra Gilbert and Susan Gubar, The Madwoman in the Attic: The Woman Writer and the Nineteenth-Century Literary Imagination (Yale University Press, 2000)