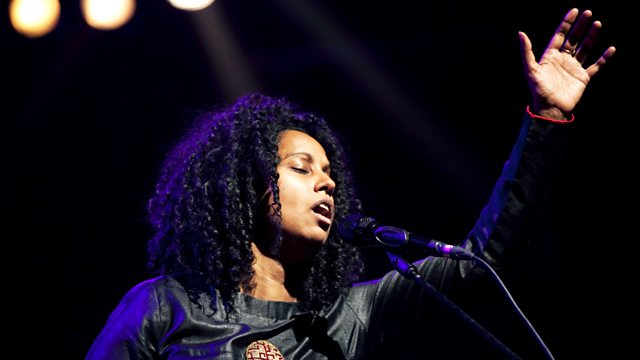 On Saturday at the Barbican 18 musicians from several countries will play in a concert of Christian music from the East - Greece, Syria and India. Three of them, the singer Susheela Raman, guitarist Sam Mills and percussionist Pirashanna Thevarajah, talk to Samira Ahmed about the music and where they found it, and perform live in the Front Row studio.

Elizabeth Dawn played Vera Duckworth in Coronation Street; Tony Booth, was Alf Garnett's Scouse son-in-law, Mike Rawlins, in Till Death Us Do Part, and was also in Coronation Street. The death of both actors was announced today and Susannah Clapp, the theatre critic of the Observer, and a keen Corrie fan, discusses the characters and the actors.

This weekend many students will be going to university. As well as being a place of sober (and lewd) learning the university campus has, since the Second World War, been the setting of so many novels and films these have become a genre. Hannah Rose Woods captained her team to victory in University Challenge last year. She and Toby Lishtig, fiction editor of the Times Literary Supplement, consider the role of the campus in modern culture.

It was announced today that playwright and director Kwame Kwei Armah, who for the last few years has been running the Center Stage theatre in Baltimore, will return to take over as Artistic Director of the Young Vic. Susannah Clapp tells Samira about him, and considers the significance of the appointment.

Susheela Raman: Sacred Imaginations 1 New and Ancient Music of the Christian East in concert at the Barbican Hall on 30 Sept at 7.30 pm