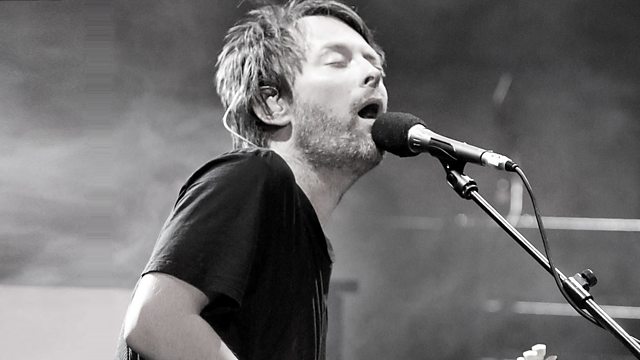 Radiohead's Thom Yorke & composer Hans Zimmer chat to 6 Music Breakfast this morning about recording for the BBC's Blue Planet. Radiohead have teamed with Hans Zimmer, the Oscar-winning composer for The Dark Knight, The Lion King and Gladiator, on a new piece of music - called ocean (Bloom) - that will appear on a prequel to the BBC's flagship nature documentary series Blue Planet II. The pair chat with Matt Everitt about the reworking of Bloom, Radiohead's song from their 2011 album The King of Limbs, which has seen Thom Yorke rerecording vocals for the new version. "Bloom was inspired by the original Blue Planet series, so it's great to be able to come full circle with the song and reimagine it for this incredible landmark's sequel," Yorke said.

Plus, Comedian Ellie Taylor joins after 9am to chat about her new tour, there is an Album of the Day track from Phoebe Bridgers and Shaun is after your Earworms before 8am.

See all clips from Thom Yorke and Hans Zimmer chat (2)