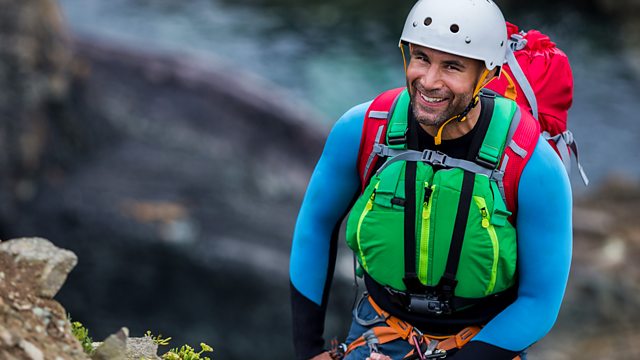 Former Welsh rugby international turned endurance athlete Richard Parks is out to prove he can have extreme adventures right on his doorstep in Wales. This time, he is on a three-day, adrenaline-fuelled, wet and wild coastal expedition as he climbs, scrambles and swims the St David's Head Peninsula in Pembrokeshire. It is a 'coasteer' along the coastline where the sport was first invented. Starting on the cliffs near St Non, he heads for Abereiddy. On the way, he tackles the wild waters of the Ramsey Strait, where the Irish Sea meets the Atlantic Ocean, kayaking the white water and meeting people for whom adventure, the sea and these special rocks are a way of life.

See all episodes from Extreme Wales with Richard Parks 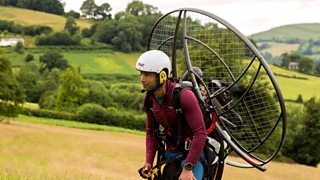 Watch Richard Parks take off from Builth Wells with his own paramotor.

360 experience: Leap into the Blue Lagoon 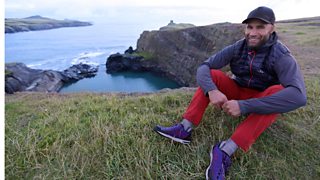 Get a panoramic view of Richard Parks' climb and jump into the Blue Lagoon at Abereiddy.