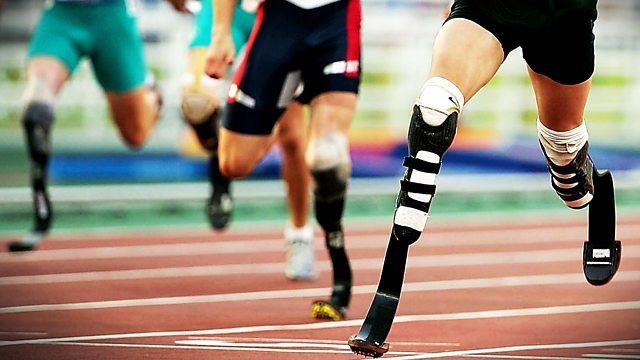 The World Para Athletics Championships in London this summer attracted record-breaking crowds, but are some countries cheating the classification system in the pursuit of medals?

The ethos of the paralympic movement is fair and equal competition. At its heart is the classification system designed to ensure people of equal impairment compete against each other.

The International Paralympic Committee has warned that some athletes are exaggerating their disability - known as intentional misrepresentation - in order to get into a more favourable class. It said this was in "grave danger of undermining the credibility of the sport."

File on 4 has spoken to athletes, parents and coaches who say they too are concerned the system is being abused. They claim less disabled athletes are being brought into sports in the quest for medals. Some athletes have decided to quit competing altogether as they no longer believe there is a level playing field. They claim more disabled athletes are being squeezed out of para competition.

The first ever athletes forum for the paralympic movement was held this summer. It too says there is a lack of trust about classification among competitors and called for greater transparency saying athletes should have the ability to raise concerns about fellow competitors.

Is doubt about the current system threatening trust in the paralympic movement?

The Secrets of Smyllum Park

The World Para Athletics Championships in London this summer attracted record-breaking crowds, but are some countries cheating the classification system in the pursuit of medals?
Read the transcript