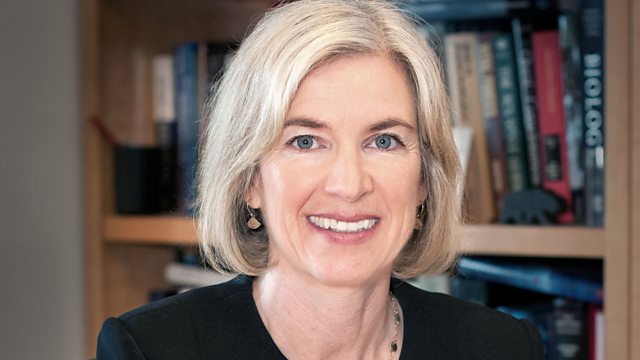 Jennifer Doudna's work has given us the tools to edit genes more precisely than ever before. She talks to Jim Al-Khalili about the CRISPR system and its ethical implications.

Jennifer Doudna's research has transformed biology. And this is not an understatement. Her work has given us the tools to edit genes more precisely than ever before.

Her scientific career began with work to understand the actions of RNA, part of the machinery of every cell. But, after a meeting in 2005 with a colleague at the University of California, Berkeley, where Jennifer is currently a professor of chemistry and of molecular and cell biology, she changed her direction of research. Through collaborations all over the world she's since developed the gene editing system called CRISPR/cas9. She's been awarded multiple prizes for her work. The CRISPR/cas9 system has created opportunities that could be used for both for good and for ill. Unlike many scientists who leave the ethical implications of their research to others, Jennifer Doudna has decided to engage with her critics. She talks to Jim al-Khalili about her decision to do this.

Tamsin Mather on what volcanic plumes reveal about our planet