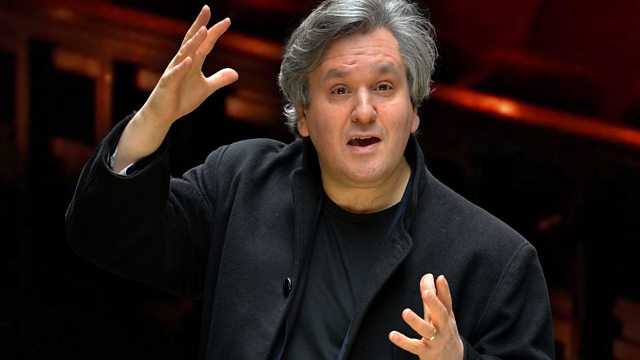 Book of the Week Following Pappano
Episode 1 of 5

A series following the Royal Opera's music director Sir Antonio Pappano as he and his team prepare the first new Covent Garden staging of Puccini's La Bohème in over 40 years.

All major opera houses rely on well established productions of repertoire classics. Puccini's La bohème is a permanent fixture in the list of the world's top five Operas as measured by performance numbers and John Copley's 1974 staging at Covent Garden was a familiar and much loved favourite. However the time has come to replace it with a new production and the challenge to do that with a fresh staging falls to the team of Music Director Sir Antonio Pappano and stage director Richard Jones.
In five programmes across the week Radio Four follows Maestro Pappano as the new production takes shape. We hear him working with singers, discussing the particular challenges of operating at the very highest level of Operatic performance and expectation and giving candid insights into the often perilous journey to an opening night.
We also hear from the team both on and off stage who work alongside Pappano, including the young cast who are acutely aware that the production they are replacing opened with singers like Placido Domingo and Sir Thomas Allen. There are also stage directors, set-builders, movement directors and Maestro Pappano's trusted repetiteur. But at the heart of it, in the weeks leading up to opening night and as the curtain rises, is the Music director himself, combining the orchestral brilliance of Puccini's score and the dazzling qualities of the singers on stage to produce what they all hope will be a worthy addition to the Royal Opera House's Puccini tradition. "He is" as one orchestra member says, "more of a storyteller than a conductor. Everything he tells us is about the drama and the dramatic purpose of what's happening on stage."