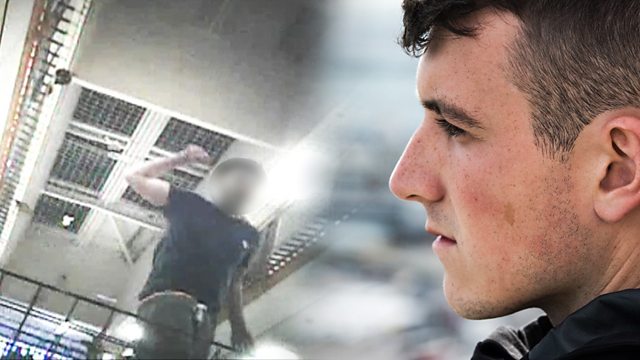 On the front line of the fight to control immigration, a Bafta-winning undercover investigation in an immigration removal centre reveals chaos, incompetence and abuse.

On the front line of the fight to control immigration, BBC Panorama goes undercover in an Immigration Removal Centre and reveals chaos, incompetence and abuse. The centre is a staging post for detainees who face deportation from the UK. It is a toxic mix, and detainees who have overstayed visas or are seeking asylum can share rooms with foreign national criminals who have finished prison sentences. Some have been held in the privately run centre for many months, even years.

The covert footage, recorded by a detainee custody officer, reveals widespread self-harm and attempted suicides in a centre where drugs, particularly the synthetic cannabis substitute spice, are rife. Many officers do their best to control the chaos, but some are recorded mocking, abusing and even assaulting detainees.