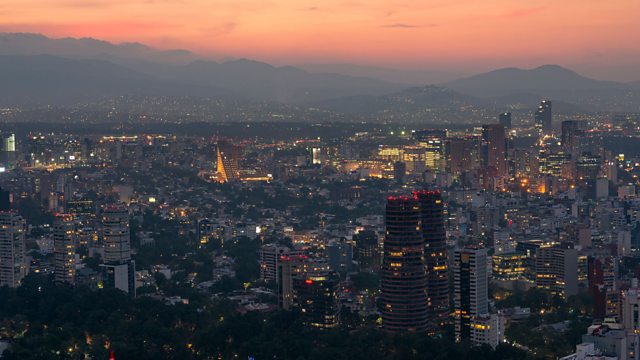 In Mexico City, Dan Snow, Anita Rani and Ade Adepitan uncover the hidden systems and armies of people that help run this sprawling megalopolis of over 22 million people.

This time, Dan Snow, Anita Rani and Ade Adepitan are in Mexico City, uncovering the hidden systems and armies of people that help run this sprawling megalopolis of over 22 million people. It is crowded, it is congested and this haphazard city sits in a major earthquake zone, but the people here have a strength of spirit that allows them to defy everything nature can throw at them.

Anita discovers how they are trying to stop this megacity from drowning in its own waste, while Ade heads to the edge of the sprawl to find out about the daily struggle for clean, affordable drinking water. Dan reveals how you build a skyscraper in an earthquake zone and learns the hard way that Mexican street food can be hot! Mexico City has grown at a staggering pace. How on earth does this epic sprawl survive its many daily battles?

See all clips from Mexico City (5)