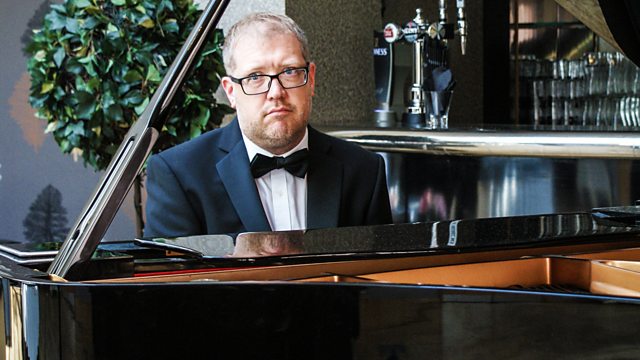 Richie Webb stars as a cocktail pianist whose attempts to live his life in the background are thwarted by his entrepreneurial brother.

Nigel Penny's attempts to live his life in the background are thwarted by the surprise arrival of his entrepreneurial half-brother, Pav (Paul G Raymond). Pav hooks Nigel up with desperate wannabe singer Rachel (Jess Robinson) and strong-arms the pair onto the books of his fledgling entertainment agency.

With a gig at a Carpenters-themed wedding on the horizon, Nigel has to contend not only with his job at an Italian Restaurant run by a probably-not-an-actual-Italian, but also with Pav's mysterious new Ukrainian friend, Stan (Dave Lamb), and some disturbing news about his new musical partner.

Directed by Jim North and Matt Katz
Written and Produced by Richie Webb
A Top Dog production for BBC Radio 4.

See all episodes from Mr Muzak