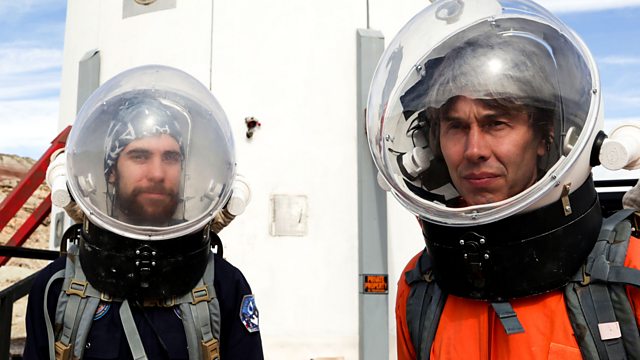 The 21st Century Race For Space

A new age of space exploration, and exploitation, is dawning. But surprisingly, some of the boldest efforts at putting humans into space are now those of private companies started by a handful of maverick billionaire businessmen.

In this film, Brian Cox gains exclusive access behind the scenes at Virgin Galactic, Blue Origin and Spaceport America, exploring what is really happening in privately financed space flight right now. From space tourism to asteroid mining, and even dreams of colonies on Mars, these new masters of the universe refuse to limit their imaginations. But are private companies led by Jeff Bezos, Sir Richard Branson and Elon Musk really going to be able to pull this off? How will they overcome the technical challenges to achieve it? And is it really a good idea, or just a fool's errand?

Cox meets key players in the story - Bezos, founder of Blue Origin as well as Amazon, and Sir Richard Branson, founder of Virgin Galactic. He wants to find out how entrepreneurs - and engineers - really plan to overcome the daunting challenges of human space travel. It certainly hasn't been easy so far. Jeff Bezos has sold a further billion dollars of Amazon stock this year to fund Blue Origin. Branson has been working on Galactic for more than a decade. Lives have been lost. And some companies have already all but given up. But real progress has been made too. The origins of the new space boom, the X-prize in 2004, proved that reusable space craft could be built by private enterprise. Now the challenge is to work out how to run reliable, safe, affordable services that will show a return on the massive financial investments. Sixteen years since Dennis Tito became the first civilian in space, Cox explores the hardware and companies that are aiming to make daily tourist flights to space.

Beyond mass space travel, and even space mining and manufacturing, the dream of Elon Musk and others is true space exploration. His company, SpaceX, already delivers supplies to the International Space Station, and their next step is delivering astronauts too. But their true ambition is to ensure the survival of the human race by crossing our solar system and colonizing Mars in the next decade. Could commercial spaceflight companies eventually make us a space-faring civilization? 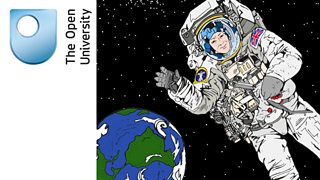 How does space travel affect the human body?