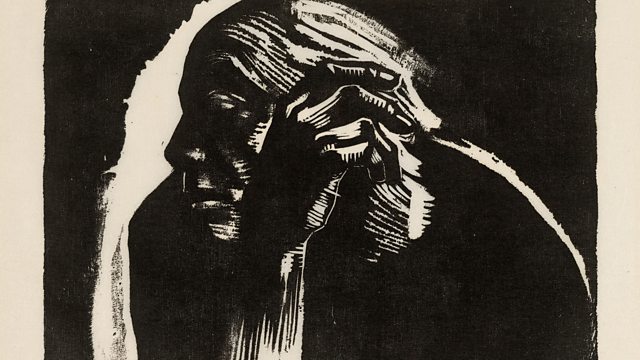 Kathe Kollwitz, John Ashbery, Social Conservatism in US and Europe

Philip Dodd and the writer Joanna Kavenna consider the challenges of art in an age of irony and the work of Kathe Kollwitz; Lawrence Norfolk rereads the poetry of John Ashbery.

Philip Dodd and Joanna Kavenna discuss the challenges of art in the age of irony as the work of Käthe Kollwitz goes on display in Birmingham at the Ikon Gallery. Lawrence Norfolk rereads the poetry of John Ashbery. Plus a discussion of social conservatism in the USA, Europe and the UK with Sophie Gaston from the think tank, Demos and the political commentators, Tim Stanley and Charlie Wolf.

Kollwitz was born in Königsberg in East Prussia in 1867 and the show gathers together 40 of her drawings and prints under the themes of social and political protest, self-portraits and images she made in response to the death of her son Peter in October 1914.

Portrait of the Artist: Käthe Kollwitz A British Museum and Ikon Partnership Exhibition runs from 13 September 26 November 2017 with a fully illustrated catalogue.