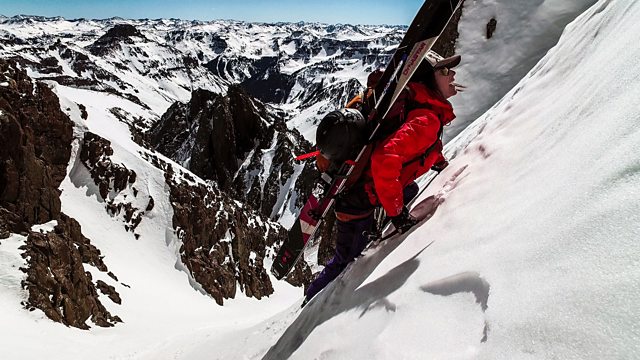 Mountain: Life at the Extreme Series 1
Episode 1 of 3

Wildlife series exploring the greatest mountain ranges of the world. This episode looks at the Rockies in North America, home to cougars, wolves and grizzly bears.

Wildlife series from the BBC's Natural History Unit which uses breathtaking photography to take viewers to the greatest mountain ranges of the world and reveal the extraordinary animals and remarkable people who make their home there.

The Rockies are the spine of North America, a beautiful wilderness of snow-capped peaks and hidden valleys. Cougars hunt in abandoned ranches, wolverines search the deep snow for food, and grizzly bears hunt in the high mountain meadows. Daredevil wingsuit fliers leap from mile-high cliffs and Native American tribes compete in breakneck horse races. It is also the range of surprises, with tiny cannibal salamanders hunting in mountain ponds and hummingbirds making enormous migrations.

See all episodes from Mountain: Life at the Extreme

See all clips from Rockies (3)