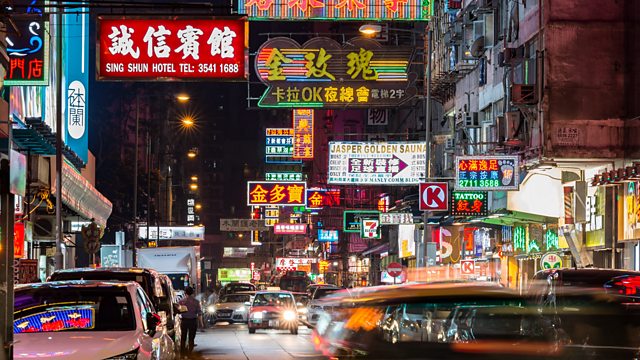 Dan Snow, Anita Rani and Ade Adepitan reveal the hidden systems and armies of people running Hong Kong - one of the most densely populated places on earth.

More than half of us now live in cities. Crowded, chaotic and bursting with life - these are places under pressure. In this series, Dan Snow, Anita Rani and Ade Adepitan go behind the scenes to reveal the hidden systems and armies of people running some of the greatest cities on earth.

This time, they are in Hong Kong, where space is at a premium and real estate is the most expensive in the world, so Ade heads into the high rises to find people living in tiny spaces no larger than a cupboard. This former British colony, handed back to the Chinese in 1997, is a city driven by trade and commerce and Dan discovers how it is adapting to life in China's embrace, while Anita learns about the city's many traditions - from bamboo scaffolding to banishing bad spirits on the daily commute. Ade heads to the races at Happy Valley, and Dan discovers the history of the origins of the Hong Kong and Shanghai Banking Corporation - HSBC. Hong Kong is crowded, chaotic and facing an uncertain future. How does this city of contrasts manage the delicate daily balancing act that keeps it on track?

See all clips from Hong Kong (5)