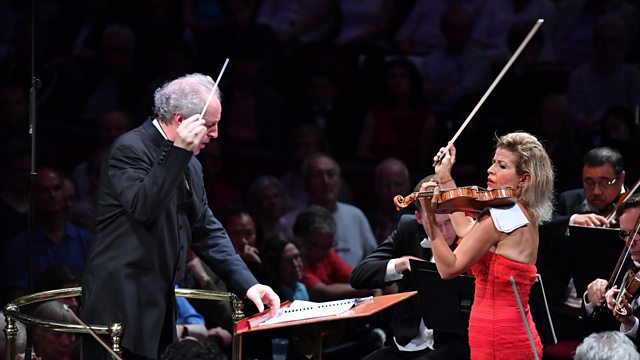 Following hot on the heels of the Cincinnati Symphony Orchestra is a visit from another great American ensemble. The Pittsburgh Symphony Orchestra and Music Director Manfred Honeck continue this season's strand of Mahler symphonies with the First, a work that started life as a tone-poem and retains all of that narrative energy. A young hero sets out, hopeful, into the world, only to have his ambitions dashed by cruel fate.
Anne-Sophie Mutter makes a welcome Proms return as soloist in Dvořák's vivacious Violin Concerto, and the concert opens with a nod to great American Minimalist John Adams's 70th birthday, with his joyous orchestral dance Lollapalooza.